Frances Hardinge delivered the Philippa Pearce Lecture to a packed auditorium on April 18th at Homerton College, University of Cambridge.

Some of the questions which Frances eloquently suggested to the audience, why do we think  children should not be given answers, but left with the monster lurking, when we just want them to be safe and not to think about scary things?

Frances’s novels, which include The Lie Tree, The Cuckoo Song and A Skinful of Shadows are full of shadows and half glimpsed faces, things which in the dark are scary. Adults tend to come in and put on the light and explain that there is nothing to be scared of, but when the light goes out, Frances explained that the scary monster is back.  Frances recalled how she had first read The Shadow Cage by Philippa Pearce and it had struck a deep chord.

Children’s fiction has a wealth of unseen things, some are cowed and shrouded, faceless and use of nonsense words and vague descriptions, for example the Jabberwocky the work of Lewis Carroll. In Victorian children’s books, Frances explained that monsters would be used to impose sanctions, e.g. the monster will get you. Stormtroopers of fear and imagination, the use of cautionary tales.

In today’s world of books for children there is a wealth of material which brings in darkness and scariness, the fear and the imagination of children and young people, for example, Harry Potter and the dementors. We can try to iron out the monsters, we can offer daytime explanations but there remains some uncanny gravitas which no electric light bulb can help!

Frances also pointed out that all children’s authors are adult but maybe it is the inner-self that is still part of the childhood.

A thought-provoking lecture and Frances Hardinge gave an excellent informative journey through the materials on the dark side. 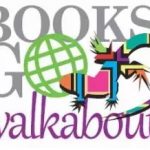 The Philippa Pearce Lecture celebrates its tenth anniversary with a lecture by children’s author Frances Hardinge.

Frances’ lecture, entitled  “Peopling the Dark“, will explore unseen and half-seen figures of menace and malice in Philippa Pearce’s The Shadow Cage and other children’s literature.

This prestigious annual lecture at Homerton College, University of Cambridge is a highlight of the literary calendar for a wide-ranging audience of academics, writers, illustrators, publishers, teachers, students and other lovers of children’s literature.

The lecture offers a unique platform for the very best children’s authors, poets and illustrators to reflect on their art. Always thought-provoking as well as entertaining, the lectures have tackled such topics as the implications of exposing children to fear, and what poetry is for, and the place of digital technologies in children’s literature.

The event is held in association with Homerton College, Cambridge,  and is part of the College’s 250th anniversary celebrations:

The lectures were established in 2007 by the family, friends and colleagues of the distinguished children’s author, Philippa Pearce. Her children’s novels include the well-loved classic, Tom’s Midnight Garden (Carnegie Medal, winner,1958).

Exploring concepts of time, connections between past and present, and relationships between children and parents, all convey a sense of the East Anglian landscape where Philippa’s family had lived for generations, and where she spent most of her life. As Philip Pullman said, “She was one of the very finest writers British children’s literature has ever had.”

The Tenth Anniversary Philippa Pearce Lecture, Thursday, 19 April at 5.00 pm, in the Mary Allen Building, Homerton College, Cambridge. A wine reception follows. Tickets are free but  do book in advance.

An event not to be missed. 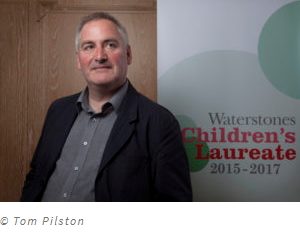 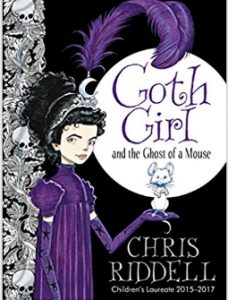 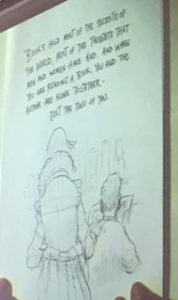 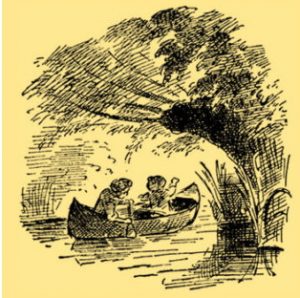 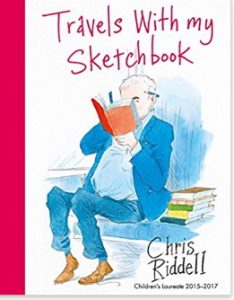 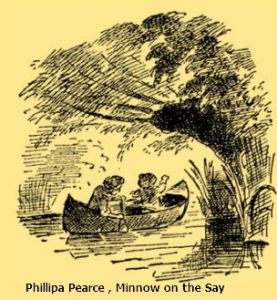 Review or buy this book from Amazon.co.uk

The 2016 Phillipa Pearce Lecture promises great things… Allan Ahlberg has titled his lecture John Wayne & Sibelius or The Train Has Rain In It.

The lecture will be held on Thursday 1st September at 5.00pm at Homerton College, Cambridge.

It is an annual event and hosted as a tribute to the wonderful work of Phillipa Pearce who grew up close to Cambridge in the 1930’s. Her most famous books include;  Tom’s Midnight Garden, Minnow on the Say and A Dog So Small.

Allan Ahlberg is the author of over a hundred books for children and winner of many awards, including two Greenaway prizes for Each Peach Pear Plum and The Jolly Postman.

He tells brilliantly funny stories and he has some fine collections of poetry.

We are looking forward very much to the lecture. 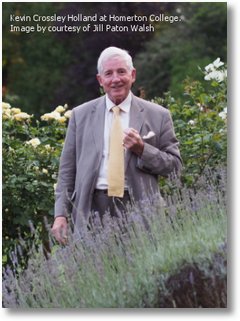