“We have a list too and your name is on it…” 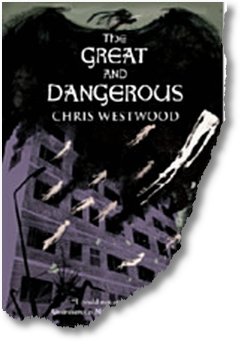 The graffiti messages for Ben Harvester as he is followed by bad forces to his home. Ben has joined the Ministry of Pandemonium and along with Becky and Mr October rushes to the scene as people die. It’s Ben and Becky’s job to guide their souls on before the enemy gets in first.

Great stories and a real page turner. A ‘not put downable’ book until finished!

Second in a series of Ministry of Pandemonium books by Chris Westwood, published by Frances Lincoln, about an alternative and secret London. Chris has written children’s books that have been in the limelight for many awards and is considered for film options with Steven Spielberg for his books, Calling All Monsters.

But try this book, if you are not too scared and want to find out which is the most difficult for Ben…meeting gruesome soul stealers or meeting his Mum’s new boyfriend?

Dolphin Booksellers – The best in children’s books, always on line 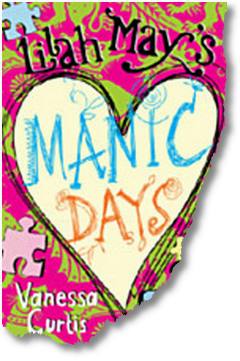 What makes you so angry that you could scream!!

For Lilah May it’s about whatever is happening to her very best friend Bindi, why is she behaving so madly? The love of her life, Adam Carter is apparently having nothing to do with her!! Is the whole world coming to an end?

Author Vanessa Curtis has another winning book following from The Taming of Lilah May in this latest book, Lilah May’s Manic Days,  a new title published by Frances Lincoln.

Edgy, sparky and just the book to read when you are convinced that anyone older is absolutely out of the ark.

Great cover too…I’m now on to read her other books, Zelah Green and Queen of Clean.

You can buy the book through Dolphin Booksellers- the best in children’s books always on line.