The illustrator’s wall and contributions by new and amazingly talented illustrators from all over the world was an absolute highlight. 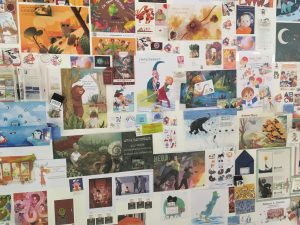 In fact after two days it became increasingly hypnotic with so many beautiful images collected together on the entrance walls.

Sometimes confusing too that cards, postcards, posters and information were scattered across the floor, just waiting to be picked up and gathered into people’s canvas bags.

Have certainly spotted some wonderful talent and a joy for years ahead of book reviews.

The Bologna Children’s Book Fair is immensely large and awe-inspiring. My plans of looking carefully at the guide went out of the window as we walked around stand after stand, finding ones which appealed to the Books Go Walkabout team. We also spent time with colleagues we had planned to visit. 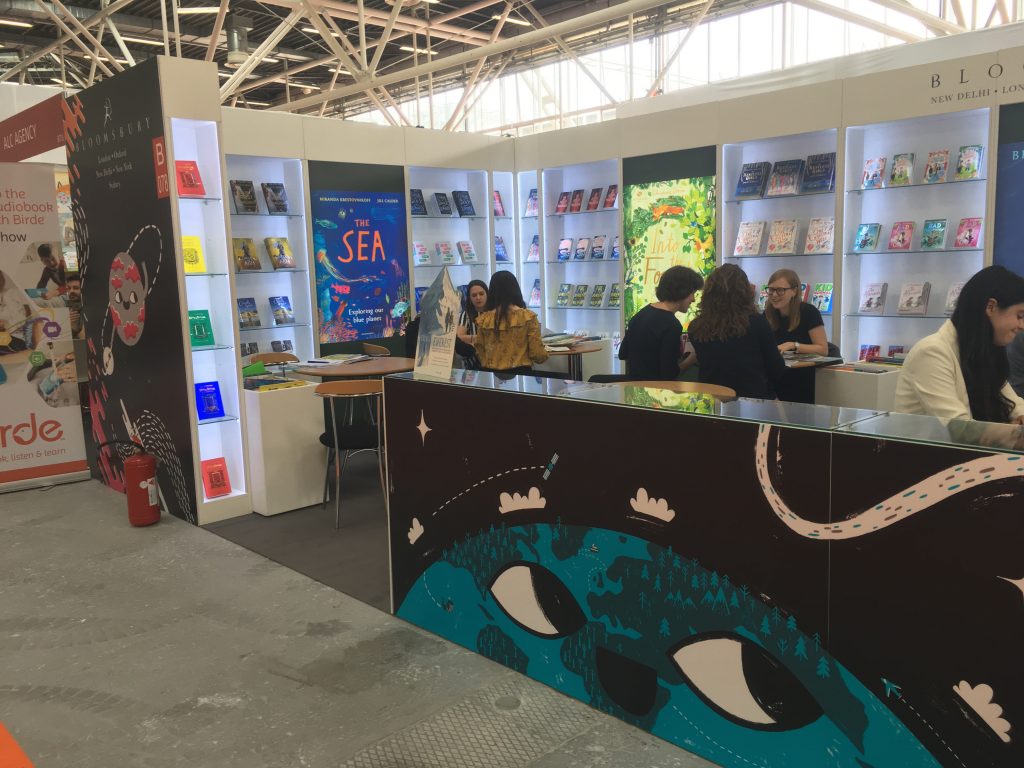 The Sea, illustrated by Jill Calder, on display at the event…

Highlights for BGW were the books for Ireland and also Vietnam, two more places in the vast world to engage with and bring authors and children together from all over the world.

And so we returned late at night via the last flight that day on Ryanair, ready and geared up to bring books, stories and illustrations to children across the planet. 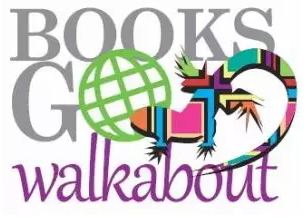 Authors & Illustrators around the world