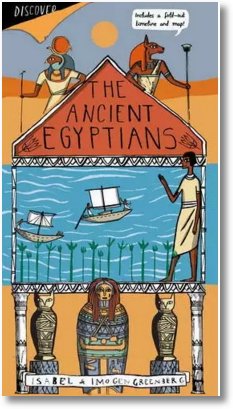 View or buy this book from Amazon.co.uk here…

The Ancient Egyptians is the first book in the new Discover Series, published by Frances Lincoln and newly released on 7th April.

The style and illustrations make this a very good read into life at this time. It is a perfect companion for curriculum use and research in the classroom as well as in the home. It’s great as inspiration for wall displays in schools across the UK. It’s a book that is not only easy to read in the graphic style but will allow the information to stay with you.

The information in the book includes everything from pharaohs and mummies to daily life and the role of the Nile, via hieroglyphs and archaeology. A map and a timeline complete this fabulous book by graphic novelist Isabel Greenberg and her sister Imogen Greenberg.

There is also a special exhibition at The British Museum on Ancient Egypt’s Sunken Cities which open on 19th May. 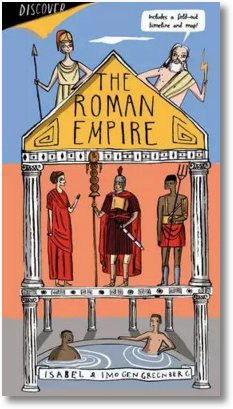 View or buy this book on Amazon.co.uk here…

Discover the Roman Empire is also newly published on 7th April and written and illustrated by Isabel and Imogen Greenberg.

It covers a length of time in the Roman Empire starting with the rise and ending with the fall of the empire. There are great sections on Roman beliefs, architecture, inventions and daily life. It is a good book for the curriculum in primary schools and also to read at home.

We recommend for ages 7-10 years and as a book to have at home for all the family. 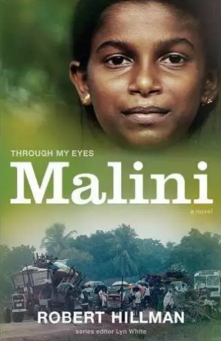 Buy this book from Amazon here…

In the closing stages of Sri Lanka’s civil war, Malini and her family are herded by soldiers to the coast, where they will act as human shields. Malini’s father tells her to hide in the forest with her younger sister, Banni.

But once the shelling begins, Malini realises they are not safe there,and they must travel inland to her grandparents.

But will they survive and who can they trust?

This is a truly remarkable story on one girl, her sister and how they made it through the jungle and past the soldiers in war torn Sri Lanka.

Part of the Through My Eyes series published by Allen and Unwin and in connection with Unicef, Malini is written by Robert Hillman.

This is a story for everyone, and for all who are struggling to live in war torn areas of the world.

We recommend this book for all ages…