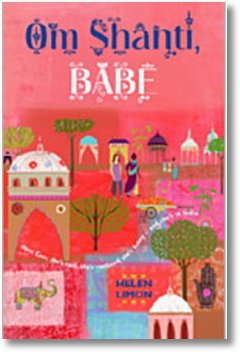 Winner of the 2011 Frances Lincoln Diverse Voices Award,Helen Limon’s novel Om Shanti Babe is a real winner of a story, hard to put down from beginning to end.

Cassia can’t wait for her first visit to India… Bollywood glamour, new friends, a new adventure into this exciting world.

Kerala has a life all of it’s own and the culture shock is HUGE! and then her Mum’s new romance with ‘call me V’ Mr Chaudury, her own stand off with fashion mad Priyanka takes over. But pop idol Jonny Gold arrives on the beach with his new song, Om Shanti, Babe, sparking a mystery, new friendships, a race to save the mangrove swamps…

Om Shanti, Babe, a roller coaster journey of discovery with an exciting environmental twist- all against the backdrop of beautiful Kerala.

The Frances Lincoln Diverse Voices Award encourages and promotes diversity in children’s fiction. Jointly founded by Frances Lincoln Ltd and Seven Stories, the national centre for children’s books it is a powerful voice for the world of children.

Dolphin Booksellers- the best in children’s books always on line. 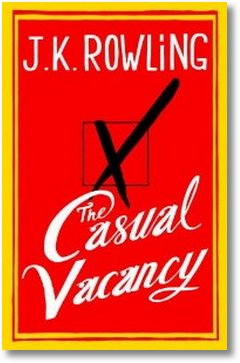 Your chance to get ahead and enjoy a J.K. Rowling book all for yourself!

The first novel for adults by J.K.Rowling will be released on Thursday 27th September.

A big novel about a small town, The Casual Vacancy is J.K. Rowling’s first novel for adults. It is the work of a storyteller like no other.

The Casual Vacancy is published by Little Brown Book Group and will be available in hardback and ebook at £11.99

The plot…
When Barry Fairbrother dies in his early forties, the town of Pagford is left in shock.
Pagford is, seemingly, an English idyll, with a cobbled market square and an ancient abbey, but what lies behind the pretty facade is a town at war.
Rich at war with poor, teenagers at war with their parents, wives at war with their husbands, teachers at war with their pupils… Pagford is not what it first seems.
And the empty seat left by Barry on the parish council soon becomes the catalyst for the biggest war the town has yet seen. Who will triumph in an election fraught with passion, duplicity and unexpected revelations?

It’s going to be the Big Read and Must Have book.

Pre- order through Dolphin’s link to Amazon  or just click on the book cover above.

Dolphin Booksellers- the best in children’s books always on line