Book Monitor - books from across the world 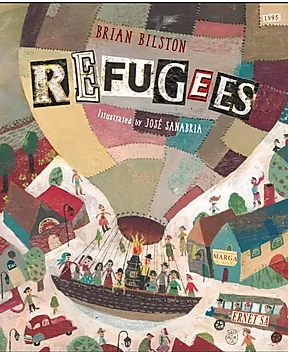 Refugees is a powerful word, one that conjures opposing emotions in people. For some it provokes feelings of fear and hate. For others the need for compassion, understanding and sympathy.

In his celebrated poem, Refugees, Brian Bilston tells both sides of the story by cleverly crafting a verse that can be read backwards and forwards to convey the two opposing views.

The immediate first pages are stark and the words and images show how hard life can be for those who have had to leave their homes and countries and face little support.

Brian Bilston is the author and famous on Twitter for his poems, Jose Sanabria is the illustrator and has captured feelings of darkness and light.

Palazzo Editions are the publishers and Refugees joins their wealth of outstanding books.

As the poem turns the words and images show how we can help in deeds, actions and how we view people who are needing help.

A book that will help everyone to reflect on attitudes, and how we view  people as people and not just as people from a different place with a different language.

In 9 to 10 years, All Ages, Palazzo Editions 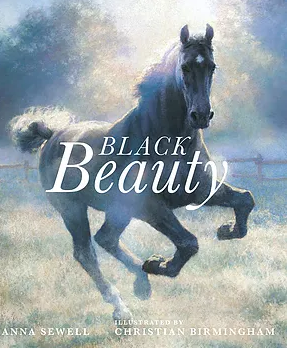 This enchanting story of the bravery of a horse in Victorian Britain has captivated and enthralled children for generations. This new edition from Palazzo brings beautiful illustrations from Christian Birmingham and has created an outstanding book, not just for the story but for the images too, as they lead us into the streets and paths of Victorian Britain.

Step back in time and see the world through Black Beauty’s gentle and patient eyes, as he enjoys the hardships that fell to horses living in the nineteenth century. meet the compassionate heroes and hard hearted rascals who Beauty encounters on his way and above all to experience the joys of being a horse, galloping on soft grass!

This is a story never to be forgotten!

Anna Sewell was a British writer, who wrote Black Beauty at the end of her life and never knew how successful the book became and how it helped to reform laws and attitudes to animal welfare. Black Beauty has sold an estimated 50 million copies.

Christian Birmingham is an acclaimed illustrator of Whitbread Children’s Book of the Year, The Wreck of the Zanzibar and many other awards too. He has been drawing horses for many years and inspired by paintings by Degas, Stubbs and Munnings. This is his first book for Palazzo.

Palazzo Editions is a young and flourishing independent publishing company based in Barnes, London. They create beautifully designed and illustrated books for the UK and international markets in the areas of popular culture, music, film, art, design and architecture, history and biography, and children’s books. 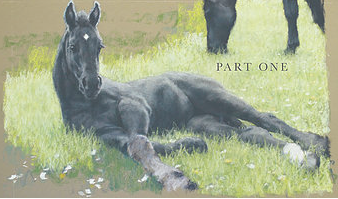 This book is one for keeps, a book for all to read or just dip into. A great story and now beautifully illustrated in this edition.

Palazzo Editions are delighted to publish new and sensitively abridged and adapted gift editions of The Jungle Book: Mowgli’s Story and Alice in Wonderland, bringing Robert Ingpen’s stunning illustrations and these timeless storied to a younger audience.

Juliet Stanley has created an amazing style of text in abridging the original story, with losing none of the magic and depth and bringing a beautiful way of engaging for younger readers.

In Jungle Book:Mowgli’s Story, by Rudyard Kipling the story speaks volumes of a child being lost and found by the wolf pack, who runs wild in the jungle, yet brings talents of human hands to support the other animals. All the animal characters are there and include, Bagheera the black panther, Baloo the bear and of course Shere Khan the tiger who was out to kill Mowgli, as soon as he had the chance.

A quote from Michael Morpurgo, “ I still marvel at the inventiveness of Rudyard Kipling… the characters come to life at the hand of Ingpen- just as my mother’s voice brought them to life when she read them to me.”

In Alice’s Adventures in Wonderland by Lewis Carroll, the story of Alice, a child who was at the edge of growing up who fell down a rabbit hole and found a world turned inside out with characters like The Mad Hatter, The White Rabbit and the Queen of Hearts.

The book is great to read and in many ways enables the story to be understood by younger readers in this edition.

A quote from Philip Pullman, ” Lewis Carroll, we could say, created the whole of children’s literature with these wonderful stories. Placing a child at the centre of a narrative that was entirely free of instruction, entirely devoted to delight, was a stroke of genius. The Alice’s are the greatest nonsense ever written, and far greater, in my view than most sense.”

We love these books and find it hard to put them down, either for the beautiful illustrations or for the chance to read again about the adventures of characters with stories beyond our wildest dreams.